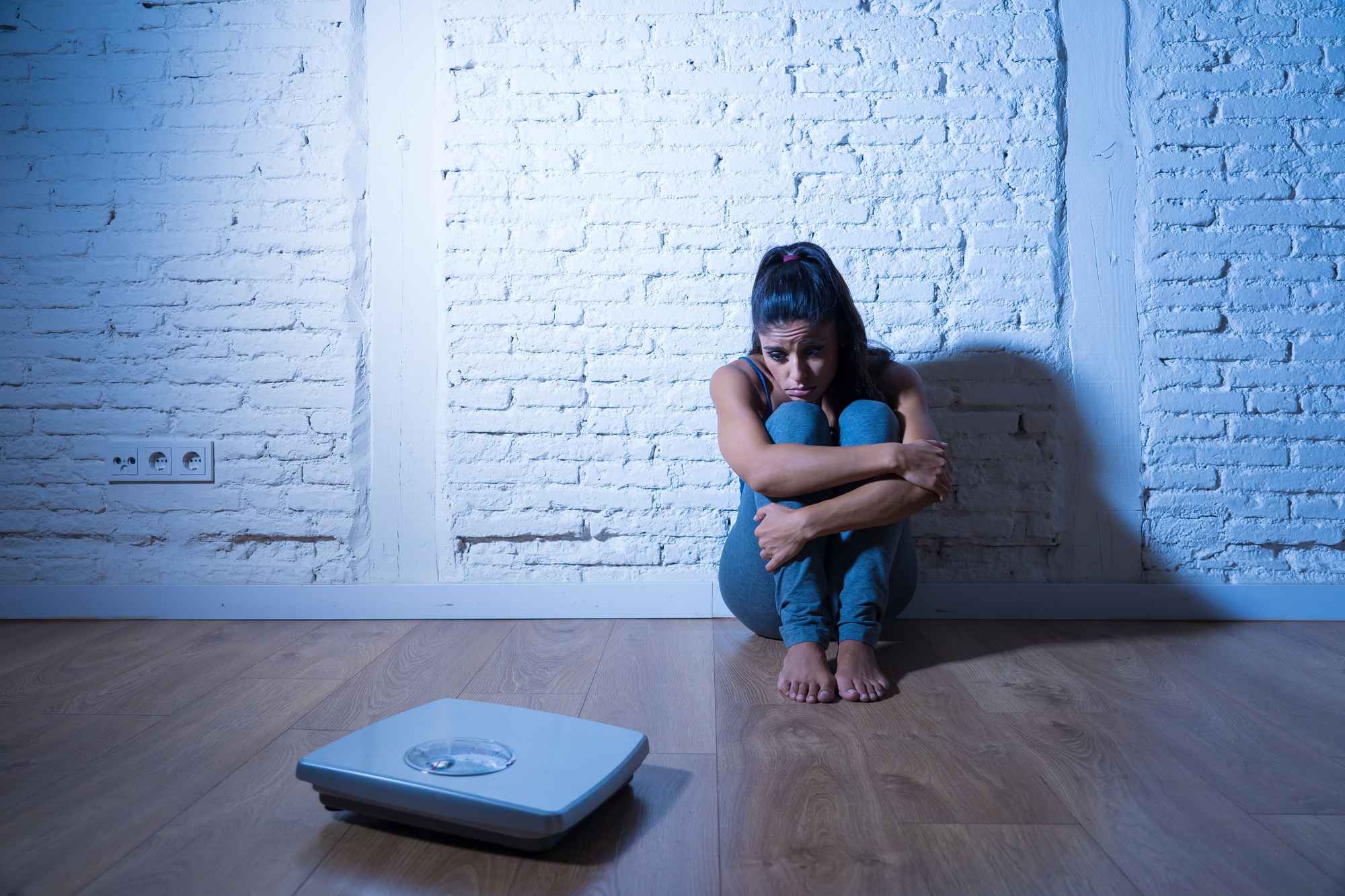 Although the term eating is in the name, eating disorders are about more than food. They’re complex mental health conditions that often require the intervention of medical and psychological experts to alter their course.

In the United States alone, an estimated 20 million women and 10 million men have or have had an eating disorder at some point in their life.

What are eating disorders?

Eating disorders are a range of psychological conditions that cause unhealthy eating habits to develop. They might start with an obsession with food, body weight, or body shape.

In severe cases, eating disorders can cause serious health consequences and may even result in death if left untreated.

Those with eating disorders can have a variety of symptoms. However, most include the severe restriction of food, food binges, or purging behaviors like vomiting or over-exercising.

Although eating disorders can affect people of any gender at any life stage, they’re most often reported in adolescents and young women. In fact, up to 13% of youth may experience at least one eating disorder by the age of 20.

Experts believe that eating disorders may be caused by a variety of factors.

One of these is genetics. Twin and adoption studies involving twins who were separated at birth and adopted by different families provide some evidence that eating disorders may be hereditary.

This type of research has generally shown that if one twin develops an eating disorder, the other has a 50% likelihood of developing one too, on average..

Personality traits are another cause. In particular, neuroticism, perfectionism, and impulsivity are three personality traits often linked to a higher risk of developing an eating disorder.

Other potential causes include perceived pressures to be thin, cultural preferences for thinness, and exposure to media promoting such ideals.

That said, culturally accepted ideals of thinness are very present in many areas of the world. Yet, in some countries, few individuals end up developing an eating disorder. Thus, they are likely caused by a mix of factors.

More recently, experts have proposed that differences in brain structure and biology may also play a role in the development of eating disorders.

In particular, levels of the brain messengers serotonin and dopamine may be factors.

However, more studies are needed before strong conclusions can be made.

Anorexia nervosa is likely the most well-known eating disorder.

It generally develops during adolescence or young adulthood and tends to affect more women than men.

People with anorexia generally view themselves as overweight, even if they’re dangerously underweight. They tend to constantly monitor their weight, avoid eating certain types of foods, and severely restrict their calories.

Common symptoms of anorexia nervosa include:

Obsessive-compulsive symptoms are also often present. For instance, many people with anorexia are often preoccupied with constant thoughts about food, and some may obsessively collect recipes or hoard food.

Such individuals may also have difficulty eating in public and exhibit a strong desire to control their environment, limiting their ability to be spontaneous.

Anorexia is officially categorized into two subtypes — the restricting type and the binge eating and purging type.

Individuals with the binge eating and purging type may binge on large amounts of food or eat very little. In both cases, after they eat, they purge using activities like vomiting, taking laxatives or diuretics, or exercising excessively.

Anorexia can be very damaging to the body. Over time, individuals living with it may experience the thinning of their bones, infertility, brittle hair and nails, and the growth of a layer of fine hair all over their body.

In severe cases, anorexia can result in heart, brain, or multi-organ failure and death.

Like anorexia, bulimia tends to develop during adolescence and early adulthood and appears to be less common among men than women.

People with bulimia frequently eat unusually large amounts of food in a specific period of time.

Each binge eating episode usually continues until the person becomes painfully full. During a binge, the person usually feels that they cannot stop eating or control how much they are eating.

Binges can happen with any type of food but most commonly occur with foods the individual would normally avoid.

Individuals with bulimia then attempt to purge to compensate for the calories consumed and relieve gut discomfort.

Symptoms may appear very similar to those of the binge eating or purging subtypes of anorexia nervosa. However, individuals with bulimia usually maintain a relatively normal weight, rather than becoming underweight.

Common symptoms of bulimia nervosa include:

Side effects of bulimia may include an inflamed and sore throat, swollen salivary glands, worn tooth enamel, tooth decay, acid reflux, irritation of the gut, severe dehydration, and hormonal disturbances.

In severe cases, bulimia can also create an imbalance in levels of electrolytes, such as sodium, potassium, and calcium. This can cause a stroke or heart attack.

It typically begins during adolescence and early adulthood, although it can develop later on.

Individuals with this disorder have symptoms similar to those of bulimia or the binge eating subtype of anorexia.

For instance, they typically eat unusually large amounts of food in relatively short periods of time and feel a lack of control during binges.

People with binge eating disorder do not restrict calories or use purging behaviors, such as vomiting or excessive exercise, to compensate for their binges.

People with binge eating disorder often have overweight or obesity. This may increase their risk of medical complications linked to excess weight, such as heart disease, stroke, and type 2 diabetes.

Pica is another eating disorder that involves eating things that are not considered food.

Pica can occur in adults, as well as children and adolescents. That said, this disorder is most frequently observed in children, pregnant women, and individuals with mental disabilities.

Individuals with pica may be at an increased risk of poisoning, infections, gut injuries, and nutritional deficiencies. Depending on the substances ingested, pica may be fatal.

However, to be considered pica, the eating of non-food substances must not be a normal part of someone’s culture or religion. In addition, it must not be considered a socially acceptable practice by a person’s peers.

It describes a condition in which a person regurgitates food they have previously chewed and swallowed, re-chews it, and then either re-swallows it or spits it out.

This rumination typically occurs within the first 30 minutes after a meal. Unlike medical conditions like reflux, it’s voluntary.

This disorder can develop during infancy, childhood, or adulthood. In infants, it tends to develop between 3–12 months of age and often disappears on its own. Children and adults with the condition usually require therapy to resolve it.

If not resolved in infants, rumination disorder can result in weight loss and severe malnutrition that can be fatal.

Adults with this disorder may restrict the amount of food they eat, especially in public. This may lead them to lose weight and become underweight.

Avoidant/restrictive food intake disorder (ARFID) is a new name for an old disorder.

The term replaces what was known as a “feeding disorder of infancy and early childhood,” a diagnosis previously reserved for children under 7 years old.

Although ARFID generally develops during infancy or early childhood, it can persist into adulthood. What’s more, it’s equally common among men and women.

Individuals with this disorder experience disturbed eating either due to a lack of interest in eating or distaste for certain smells, tastes, colors, textures, or temperatures.

Common symptoms of ARFID include:

It’s important to note that ARFID goes beyond normal behaviors, such as picky eating in toddlers or lower food intake in older adults.

Moreover, it does not include the avoidance or restriction of foods due to lack of availability or religious or cultural practices.

One disorder that may currently fall under OSFED is orthorexia. Although increasingly mentioned in the media and scientific studies, orthorexia has yet to be recognized as a separate eating disorder by the current DSM.

Individuals with orthorexia tend to have an obsessive focus on healthy eating, to an extent that disrupts their daily lives.

For instance, the affected person may eliminate entire food groups, fearing they’re unhealthy. This can lead to malnutrition, severe weight loss, difficulty eating outside the home, and emotional distress.

Individuals with orthorexia rarely focus on losing weight. Instead, their self-worth, identity, or satisfaction is dependent upon how well they comply with their self-imposed diet rules.

The categories above are meant to provide a better understanding of the most common eating disorders and dispel myths about them.

Eating disorders are mental health conditions that usually require treatment. They can also be damaging to the body if left untreated.

If you have an eating disorder or know someone that might have one, seek help from a healthcare practitioner.